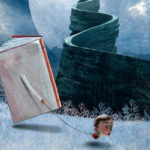 The Bookseller says that self-publishing has surpassed ebooks as Public Enemy #1 (so it must be true). It’s the spinning jenny of publishing – I expect pretty soon we’ll all be on the street with signs saying ‘will proofread for food’.

However – the self-publishing revolution may not be all bad news. Consider the following.

Self-publishing could reduce accidents by 90%

Most bad publishing decisions can be traced back to publishers. That third volume in a series where Book 1 sold badly and Book 2 had huge returns. That 18-year-old C-list celebrity’s memoir – did anyone check whether her fans can read? With self-publishing producing unbeforeseen amounts of new books, the one weapon of traditional publishers’ – gatekeeping – will really start to matter. The exclusivity of a publishing deal remains one of the main attractants and publishers can strengthen that to make sure the best books are still published by them. Let self-publishing open its gates far and wide.

One of the reasons authors self-publish is that publishers won’t take their book on because it doesn’t fit their idea of what interests readers. Often they’re wrong. Some publishers hate the idea that readers don’t want to spend money on a collection of ancient Mayan poetry, instead preferring werewolf romances and thrillers about government conspiracies. Savvy publishers, however, will take note of what self-published books do well, and get on that bandwagon.

Most self-published book purchases are made online, reducing the need for bookshops littering the high street. Traditional publishers have been busy lately doing their told-you-so dance at the news that print publishing’s demise has been postponed. In an amazing twist, print book sales grew by 0.4% – proof enough that ebooks were evil all along. Meanwhile self-published books are continuing to make themselves attractively priced and convenient to buy… there’s a takeaway here for the gatekeepers of old, too.

Perhaps The Bookseller could investigate these clearly transformative points in the next issue.